A ban on long hair existed in Singapore. Following the rise of hippie (also hippy) culture and its globalization after the 1960s Singapore’s government implemented new regulations in an attempt to regulate and control the length of men’s hair. An immediate ban went into effect that forbade males to have long haircuts, a trait that was largely popularized by American and British rock acts of the time. The consequences varied. With violating the policy men could wither get fined and forced to chop off their locks, or even faced public criticism and discrimination when using public services, such as applying for jobs in the public sector, or housing. Common myths and lore relating to Singapore’s bans such as the famous bun on chewing gum help the stories surrounding the hair ban get more and more popular throughout western media. The press-coverage about rock bands and singers that were refused to perform after not conforming to the hair regulations of the Singapore government has attained the status of a pop culture trope that resurfaces until today.

Oliver Husain works across a field of media, using moving images, installations, drawings and printed matter. Often starting from a research standpoint the artist projects take their cue from various source materials and enter the world of something animated through different set-ups. Issues of multiplicity and representation, carrier and meaning are fleshed out as real life stories using cameras, projections, puppets and the politics of fantasy story telling. 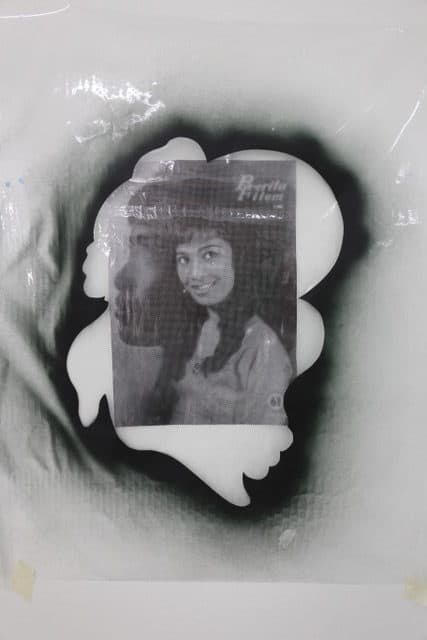 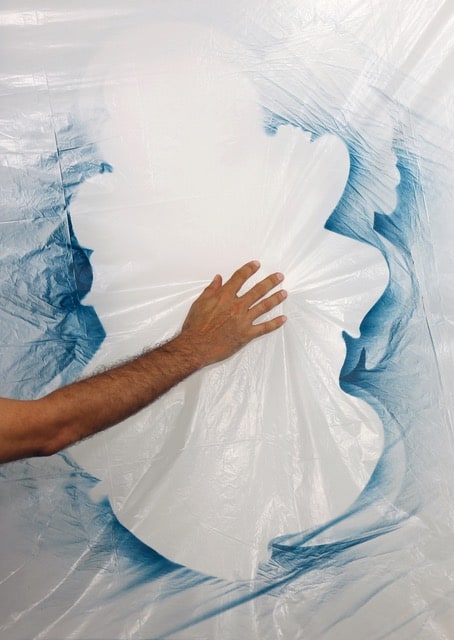 Women’s fashions of the time saw the influence of western culture on Singapore. Womenswear included dresses that were usually fastened with a zip at the back and had thin waistlines. Those belonging to a higher social status from well to do families, wore sleeveless cheongsams that was seen as a sign of wealth and status. At the same time the use of wigs became more prominent within mainstream society. The first wigs were made out of human hair and could be styled differently according to the client’s wishes. A woman would have to go into a salon, consult with her hairstylist, purchase a wig and have it cut, fixed and fashioned specifically for each occasion. 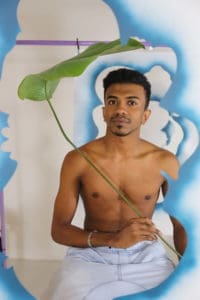 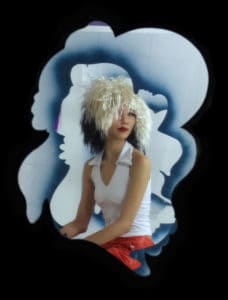 This body of work was created following Husain’s research at the National Archive of Singapore. Taking his cue from covers of old cinema magazines such as MASTIKA FILEM, an entertainment magazine that dominated pop culture during the golden era of Malay cinema in the 1950s and 1960s, Husain created a series of watercolor drawings, cutouts on vinyl and foil with sharp edges that appear spray painted.
Beginning with a small fragment, in this case a tight Updo or a French Chignon, tracing it and isolating it from its original context a new image is created. The projected image that’s created with one degree of separation from its original reference point melts into a new a carrier, the outlines become translucent and the insides are spewed all over the floor. A stylized simulated picture of an actress that circulated on printed matter 60 years ago transcends into liquidity. Matters of representation matter. In the brink of digital reproduction, the aftermath of post internet panic, the nervousness of identity politics in the art worlds, perhaps a carefully put together hairstyle straight out of a dreamland productions nightmare becomes a powerful moment of truth. Combing out knots and queer ends Husain’s mustache hairs are worth taking care off.