where? at the Rhine near „Apollo Theater“ at Rheinkniebrücke; Düsseldorf

As a response to violence, injustice and exclusion against the LSBTIQ+ community Claus Richter is creating a place for connection and consolidation: a monument commemorating acceptance of gender and sexual diversity.

In the direct vicinity of the Rhine in Düsseldorf, between the „KIT – Kunst im Tunnel“ and the „Apollo Varieté“, Claus Richter will be erecting a sculpture that will be unveiled in accordance with this year’s Christopher Street Day (CSD) from 15 to 17 October. With this monument he is filling a gap in the cityscape, materializing a statement against exclusion and hatred.

The artwork emerged through an anonymous competition that Düsseldorf Art Commission brought to life in cooperation with the „LSBTIQ+ Forum Düsseldorf“. Claus Richter’s idea of a life-size group of figures made of bronze emerged as the winner. The figures denote all spectrums of sexual and gender diversity, while standing as a united group, locking hands and showing signs of victory with their hands. The artist aims on giving the LSBTIQ+ community a monument that does not set them apart from other commemorated peoples, by melting the topic with visual tradition. 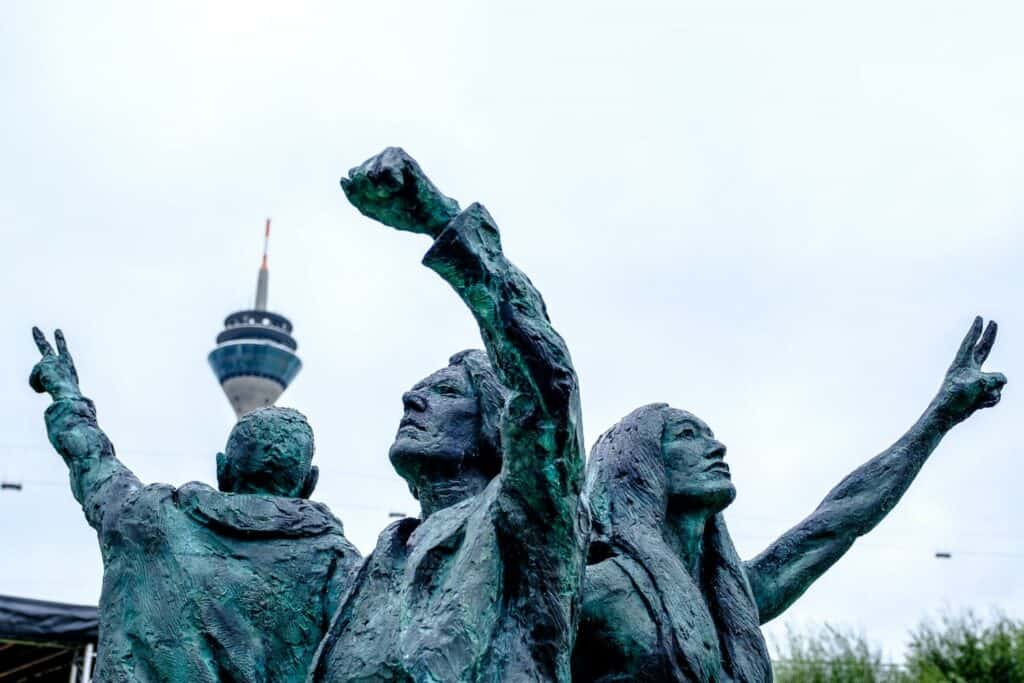 Presentation of the project COSMOS 1939: Georges Salles/Walter Benjamin of Jean-Michel Alberola and artist talk with Chantal Benjamin, Aura Rosenberg, Frances Scholz. Co-curator Caterina Flor Gümpel will interview the artists about the ongoing Film project “Berlin Childhood around 1900” and the lightbox-installation of W. Benjamins Childrens book collection “Recollections illuminated”, both part of the exhibition that will be presented at the Tieranatomisches Theater on September 2, 2021.

Nominated by Sergej Jensen for

In conversation with Susanne Titz and Dirk Snauwaert, Monika Stricker discusses some of the issues underlying the body of work that she produced for Risquons-Tout.