The film “Episodes of Starlight 1-V” (2011-2012) by artist and film maker Frances Scholz takes its cue from a fantasy-tale by the American science fiction author Mark von Schlegell. Developed in five episodes the series showcases a matriarchal monarchy presented through the spectrum of a mythic narration that’s in a state of emergency against its male enemies. The scene of the story is a fictional continent shaped like the body of a goddess. The female body serves main point of departure. Emerging through different overlaid projections the naked body of a woman, a common historical trope throughout many different episodes of the eurocentric project of Modernity, is transposed in order to repurpose its own archetypes. 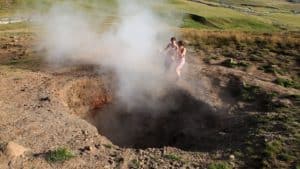 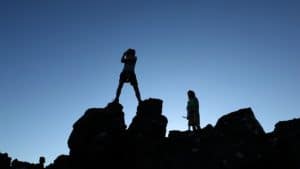 The episodes demonstrate the stages of the creation of a myth by combining elements such as musical performance, theatre and light and documenting them. In irregular sequences, the tale shows extracts from the making-of of a mythical, imaginary film, while fragments of the original tale can be heard off-camera. By bringing together various mediums, genres and mixing up their contextual connotations, the project manages to move in an undefined space avoiding the often problematic common grounds that come along with questions of identity politics and art. A wide range of means are utilized in order to explore the borders of sexual difference and the politics of sci-fi tradations as a means of reflecting on the gendered body. 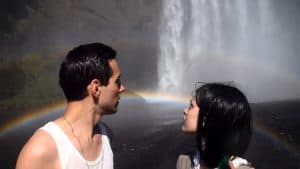 On the nightmare of perception

Sitting on the floor with its face facing the corner lies an artwork. It’s part of a new series from one of the single most important artists of our time. It’s bold, provocative, honest, unsettling, uncompromising. It lives and breathes within a broad field of contemporary practices, actively engaging with its medium past and inventively addressing its histories. It stares at you, pinches you, tickles you, goes right up your nose, flies right out your ears and sits uncomfortably on top of your bold spot.
Yet, you are not allowed to talk in its presence and you are not allowed to lay even a finger on its inviting surface. It is silent and with no particular odor. And most important of all, by no means, no matter how much you yearn for it, no matter what kind of a burning sensation feels you up, what quite desperation may drive you to the edge of your limits, you must not, under any circumstances, even if your life depended on it, you must never look. Whether staring right at it, glancing through a mirror, or picking through a camera lens, any kind of optical perceptive attempt is punishable by death with boredom. Any kind of riddle challenges aside, the idea of such a masterpiece ignites a wonderful paradox: How could such a piece ever exist, who could have made it and how can we even access it? Or even, why is it that we don’t in the first place?
The sense of touch was quite quickly ostracized within the western canon as a thing from a past we never really want to talk about. No matter how alluring any kind of surface may seem, the minute you make that movement of approaching it with your bare hands you are bound to anger the gods, the kings and queens and occasional security guards. The almighty boundary that keeps art from everything else apart starts to come to life in the sense of a distinct two world policy dictating its definitive and perceptive rules and measures. The “Please don’t touch” is almost common knowledge and plays its vital part in favor of the performance that is our relationship with art. There’s a good reason for which your ancestral right of groping a tiny Hercules dick or slapping a rose dictator’s chick is oppressed: the moment the hand tries to escape its perceptual exile, the power of the eye is there to bring back in line.
The History of the Eye by Georges Bataille reads as an important case study. Eyesight is the proper way of approaching and understanding the world around you, solely due to its assigned correlation with the Real. What you see is the truth, an eye witness can be called to court against or in favor of someone, and Photography and Film unveil the truth about crimes and are for a good reason considered reliable sources. If you see it, it must be true, and if it’s not, then perhaps you didn’t look closely enough.
How is it possible then to have a work of art that you cannot see, look at, touch, hear or even smell? The process through which the super-structure we call art came to be, through all its power relations, representation crisis, political connotations, textual annotations and symbols is a priori incompatible with such a concept. The real question is not how such a work can come to life, but how come it already hasn’t? The paradox’s not to be answered but to twist the tits of a discipline that never got to learn a thing from her past mistakes. It’s about addressing the contextual politics that so cunningly hide behind the force of the eye as a perceptive institution.
The work’s still lying on the floor, staring at the corner.
The silence broke; the piece stood up, shouted on the top of her lungs, took a deep breath, punched its stalker on the face and broke free from its white cell. She took off on a wild huge bull and got lost into the sunset. She was last heard screaming a strange spell:

Starlite and the stranger presently emerged

The scene might have been undisturbed for a thousend years

How many years of experience might she have taken on

I must dispatch the stranger

The air was cold