HELL ON EARTH. THE NEW SPIRIT OF CAPITALISM. INTRODUCTIONS

[Thinking] Look at that subtle off-white coloring. The tasteful thickness of it. Oh, my God. It even has a watermark.

Patrick Bateman is the embodiment of a hostile expanded capitalism; an abstract entity, which breathes new life to old yet all-powerful socioeconomic structures from the underworld. Dressed in 3.000 Dollar Valentino suits, Hermes ties and lusting over someone else’s watermarked off-white colored tastefully tick business card, Patrick’s paranoia reads as an important case study whilst attempting to better understand the glamorous high day and death of 80s yuppie culture and locating a transitional moment within the discourse to new forms of capitalist economies. A gradual transition, or even abandonment some would passionately argue, from the traditional fordist model of production occurred around the 1970s in western industrial economies and capitalism latched itself onto new modes of expression giving birth to what Luc Boltanski and Eve Chiapello have described in their seminal namesake work the New Spirit of Capitalism. The idea of an individualistic stance, as opposed to a generalized uniformity of Modernity within the market (production lines, mass consumption, and standardization) becomes even more prominent and eases in a set of new analytical tools regarding the rise of Post-Modernity. 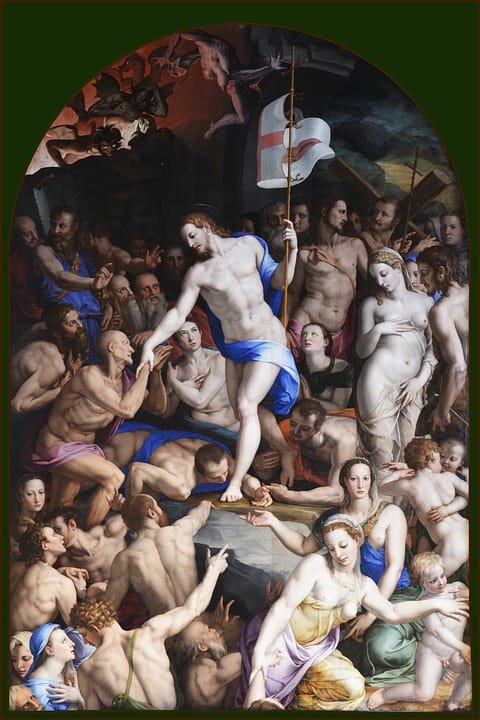 Among those was I who are in suspense, 29

And a fair, saintly Lady called to me

In such wise, I besought her to command me.[1]

Moving away from the hollow simulacra that demonized, or glorified depending on one’s point of view, Bateman in the eyes of contemporary media cultures the forces of Capitalism regrouped and elected a far more user friendly representative. Cases such as Silicon Valley’s capitalists, start-ups, the rise of tech capitals, people like Mark Zuckerberg, Steve Jobs and Tim Cook, all represent a new era of hostility.

BROKE the deep lethargy within my head 50

A heavy thunder, so that I upstarted,

Like to a person who by force is wakened;

And round about I moved my rested eyes,

Uprisen erect, and steadfastly I gazed,

To recognise the place wherein I was.

True is it, that upon the verge I found me

Of the abysmal valley dolorous,

That gathers thunder of infinite ululations.

Obscure, profound it was, and nebulous,

So that by fixing on its depths my sight

Nothing whatever I discerned therein.

“Let us descend now into the blind world,”

“I will be first, and thou shalt second be.”

And I, who of his colour was aware,

Said: “How shall I come, if thou art afraid,

The concept of employ initiatives, open offices, casual Fridays and the rise of a constructed sense of freedom of expression within the workforce showcase extended forms of exploitation. Moving away from the satanic owe of a Bateman those very same systems of sanctified accumulative processes enter a new pit of hell. According to a strict and simple definition Capitalism, or rather Capitalisms, regardless of the countless unique differences that have emerged among them, is to be understood as the imperative towards the accumulation of wealth with seemingly peaceful means; a kind of wealth that’s detached itself from Marxist ideas of values, commodities and superstructures. This time they work harder to conceal themselves.

Great grief seized on my heart when this I heard,

Because some people of much worthiness

I knew, who in that Limbo were suspended.

Began I, with desire of being certain

Of that Faith which o’ercometh every error,

“Came any one by his own merit hence,

Or by another’s, who was blessed thereafter?”

And he, who understood my covert speech,

Replied: “I was a novice in this state,

When I saw hither come a Mighty One, 52

Rather than a strict and reliable production-line based concept, one that’s been used since the earliest historical phases of Eurocentric capitalism, its new modes outline a dynamic network model. Instead of a top based pyramid, with a typical capitalist on top, a figure holding ownership of production means, materials and resources and a blind unnamed working mass underneath, who’s almost by definition lost its claim on the fruits of its own labor, more subtle and complicated patterns are developed. Smaller production, controlled, based on variety as opposed to volume, information technologies and consumer ideas, feminization of the workforce and the rise of white collar labor, cum up the key elements of a new Post-Fordist model of production.

Sneaking through the back door, caring precious gifts and plastering a haunting smile across their face, these new-age high spirited capitalisms seek to reinvent the place and impact of a system that keeps spiraling down the circles of hell. Criticism and information seam as valuable tools for inventing a better future and could hold the key to escape the limbo of global inequality and oppression; one that’s not defined by movements of abstract capitals, but by the advocacy for universal emancipation.

Or, to quote the wonderful and sharp-tongued mother of one-liners against the horrible men of this part of the universe, Jenny Holzer:

“…We may always be trapped, but at least we can escape into better traps.”