Ladies in Dresses – of Monika Stricker

Ladies in Dresses – of Monika Stricker

“Like all obviousnesses, including those that make a word ‘name a thing’ or ‘have a meaning’… the ‘obviousness’ that you and I are subjects… is an ideological effect, the elementary ideological effect” argued Althusser in his attempt to explore the way ideology is distilled through social interactions and communication. Monika Stricker’s praxis is grounded on the anarchist sensation yearning to disprove the power of the Discourse that’s generated out of the process of ideology.  Working with a variety of imageries, materials, references, memories, smells, touches and gazes Stricker positions herself in a fragmented and disobedient space, utilizing the historia of conceptualism and the rise of the Contemporary.

Glass display cases, mirror surfaces, neon sculptures, plaster penises and nail polish beheaded figures. Her work has been covered with milk, synthetic urine and sweat, it has taken its place within institutions, it stood in silence baffled by the stupidity of the language we might employ in an attempt to tame it, it revolted against the contextual banalities we might try to conform it into, and it made its point come across, regardless of what that may be (if something at all to begin with). Her solo presentation at the Bonner Kunstverein Stricker showed Tattoos that weren’t really tattoos, her various presentations at Clages were filled with balls, penises, sounds and aliens, none of whom are simply a ball, a penis, a sound or an alien.

You’ve been shipwrecked to a silent beach on the dark side of the moon.

Stories speak of a land ruled by witches that sing songs about the sorrows of the waves that break on the shore. And they live in a grumpy old city, filed with hollow dreams, that are empty and warm.

The sun will only shine, when you cross over and let the sea take you with her six feet under.

A group of green coated goldfish swam across the sky and they made chalk drawings all over the floor.

The procedural power of the act itself and the self-proclaimed objectiveness of the object explore our relationship with space, time and the art Object, as well as the Object of Art. On that precise narrow frame is where Stricker starts speaking in tongues, by proposing a direct and honest reading of the countless legacies we inherited from the project of modernity. Jasper Jones painted the American flag, combining stripes, stars, pigments, symbols and canvases and asked his audience if what they could see was indeed a painting of the American flag or a painted flag.  Taking advantage of a ready-made form the semiotic break between reference and the Real makes the case for a critical argumentation against and at the same time in favor of the power of the eye. Stricker’s penis and testicle sculptures play on that exact game field of breaking away from an archaic notion of discovery. What the eye can see is transported into a memory bank and matched with our sensory experiences. If you’ve seen an American flag and a human penis the first conclusion would be to re-identify that very same construct as the object of representation. The paint, texture, flatness, the canvas, the pigments and the forms that led Johns to question the mighty semiotics of his time, becomes a pair of plastered testicles laying on the floor, or a broken and then re-assembled penis and plays with the ideology driven components that gave birth to those kind of Tautologies in the first place. Just because it looks like something , it doesn’t mean that it isn’t something else.

Defiling the iconographic history of seeing and looking at things, Monika Stricker embraces the power that comes with living on the margins of the Discourse and turns around before we get the chance to look at how she sees. Shoulders up, hands straight down, head facing the other way. She’s smiling. 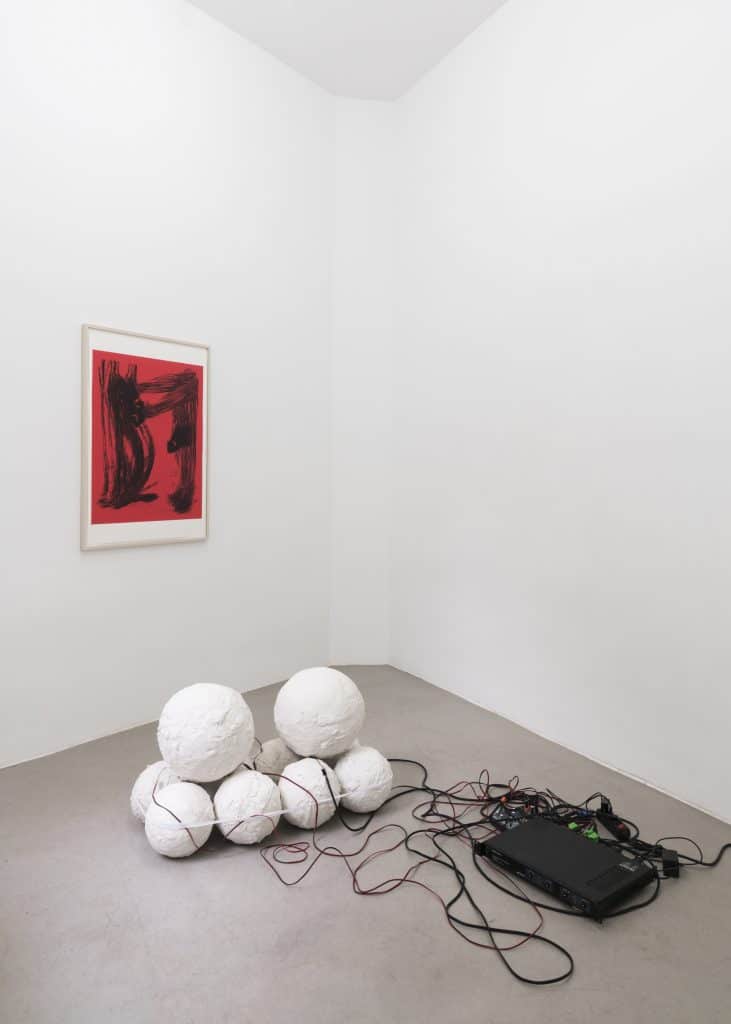 Beware of the gift bearers, for they might hide behind their smile and trick into falling in love with them. You shouldn’t) 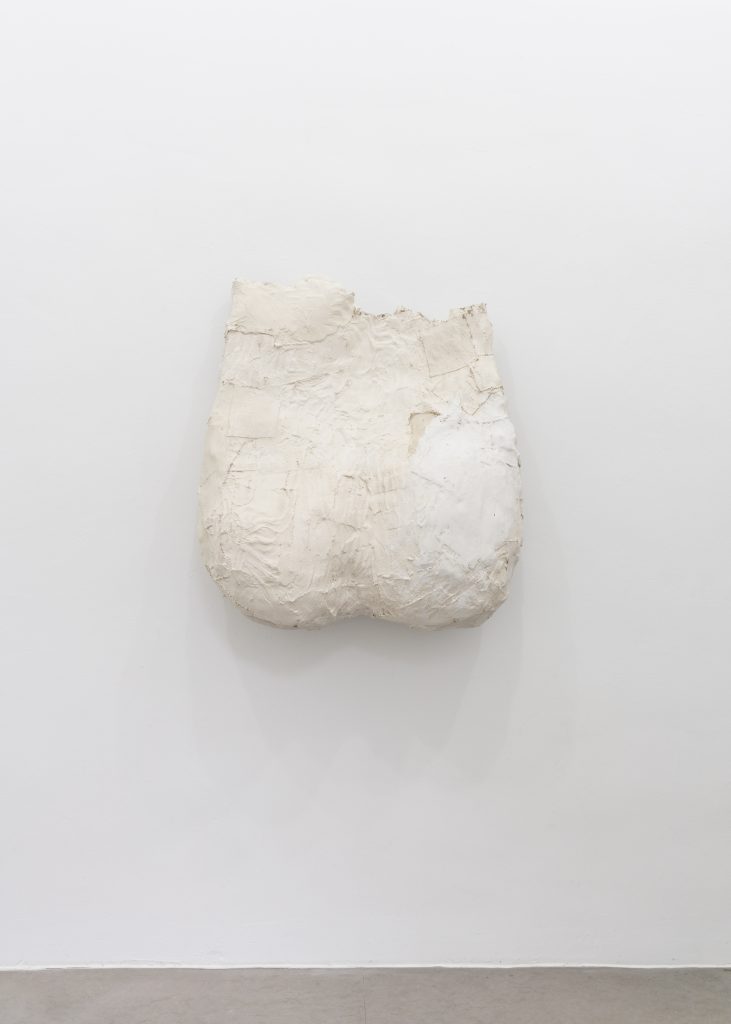 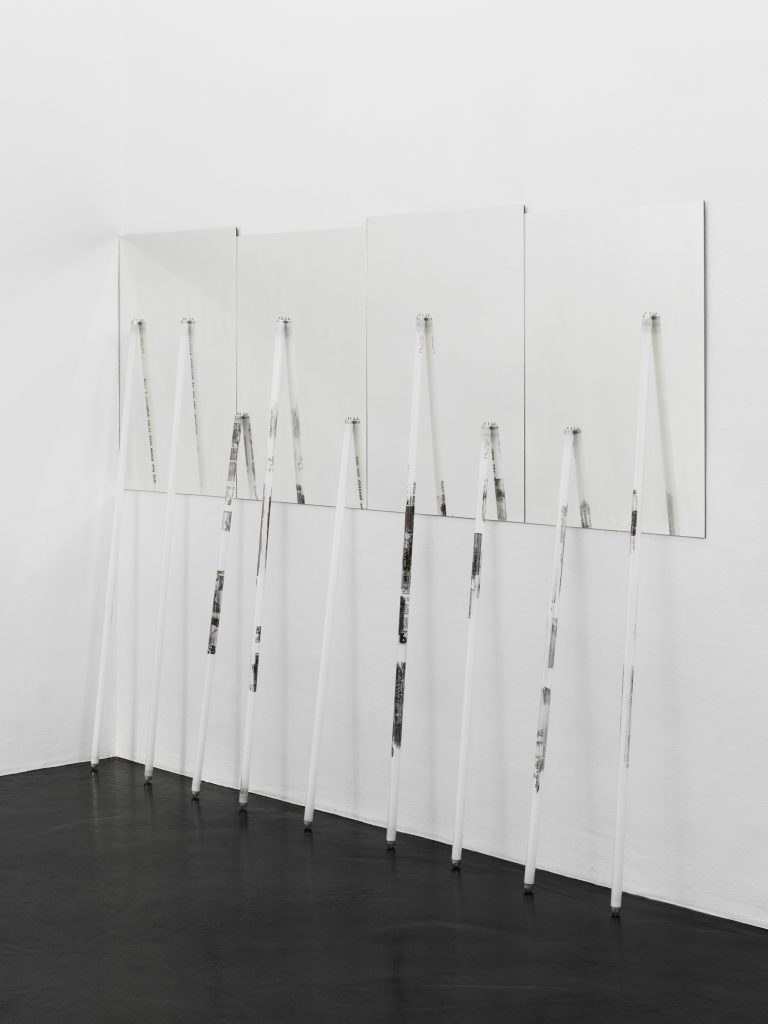 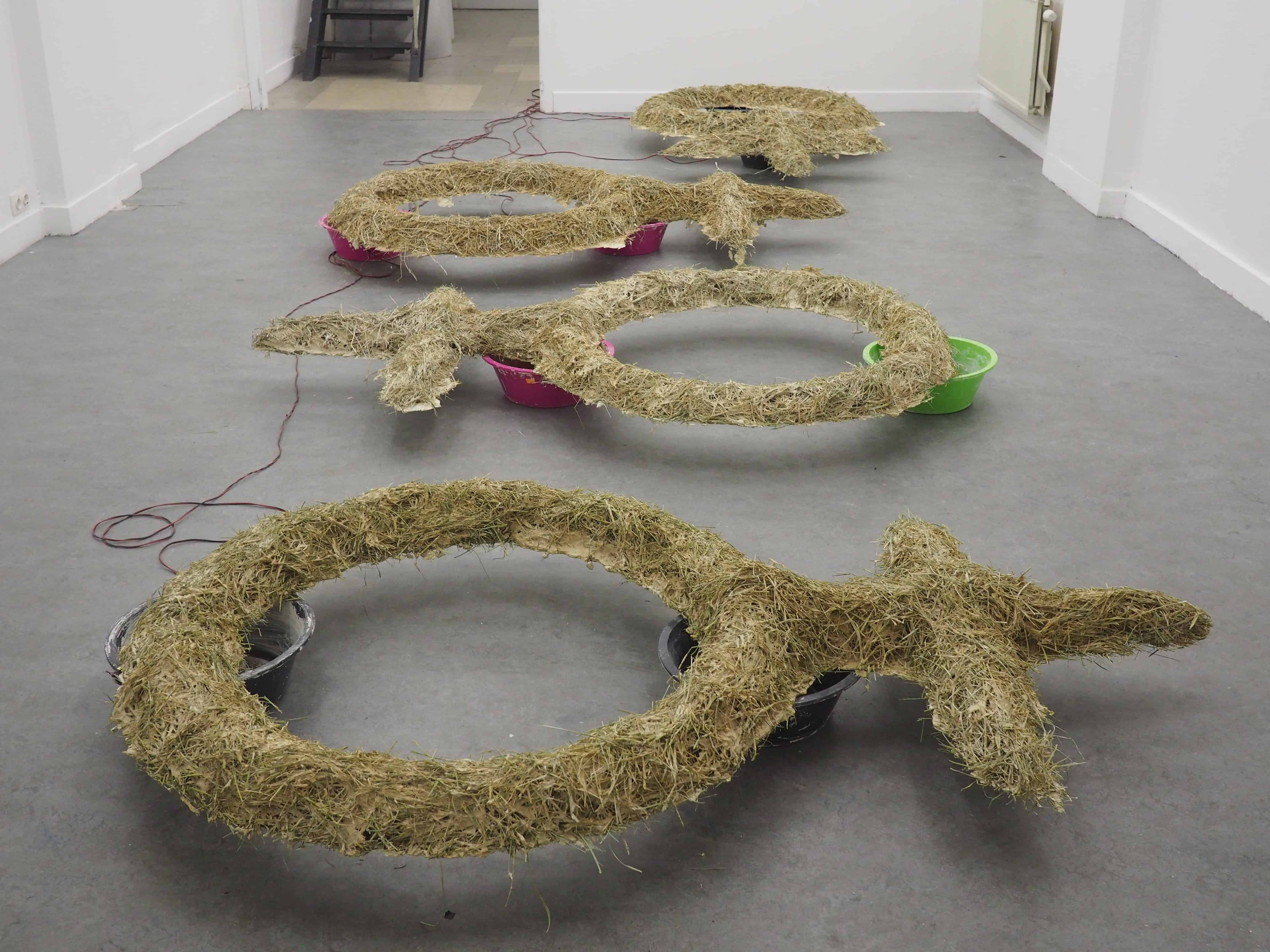