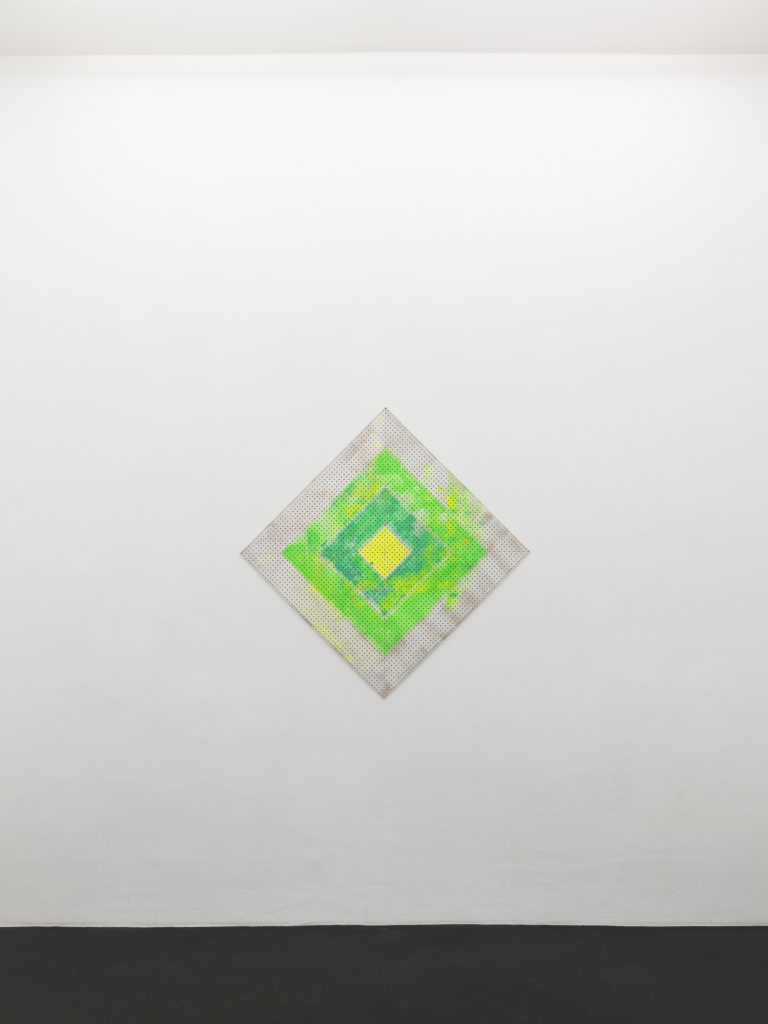 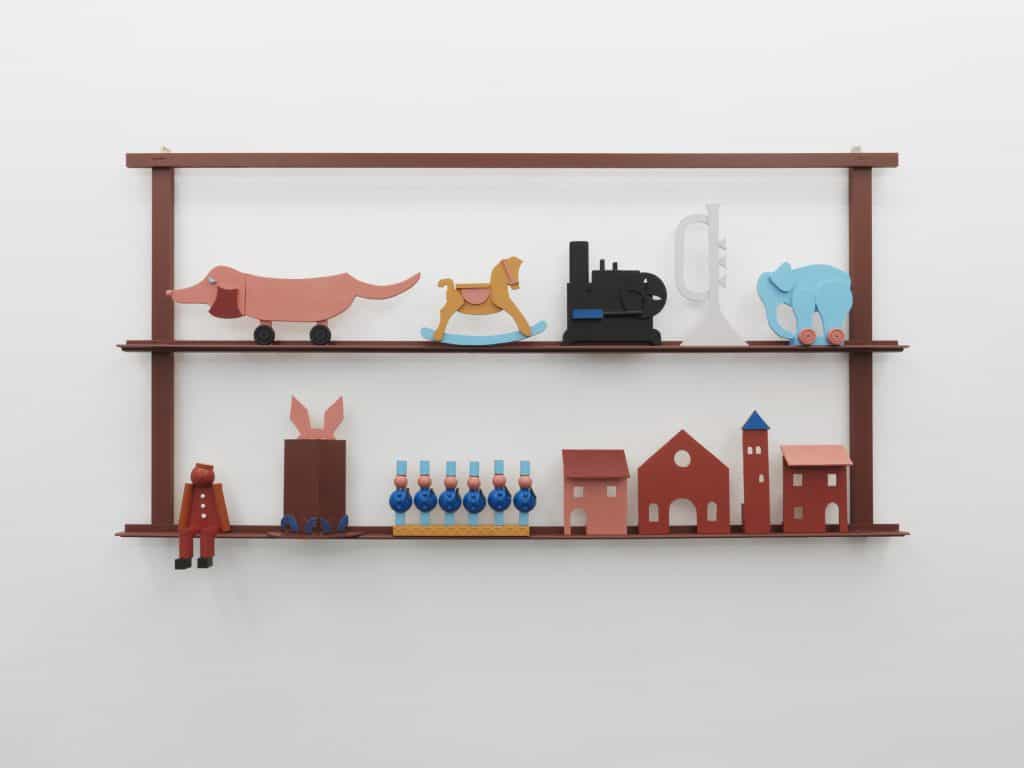 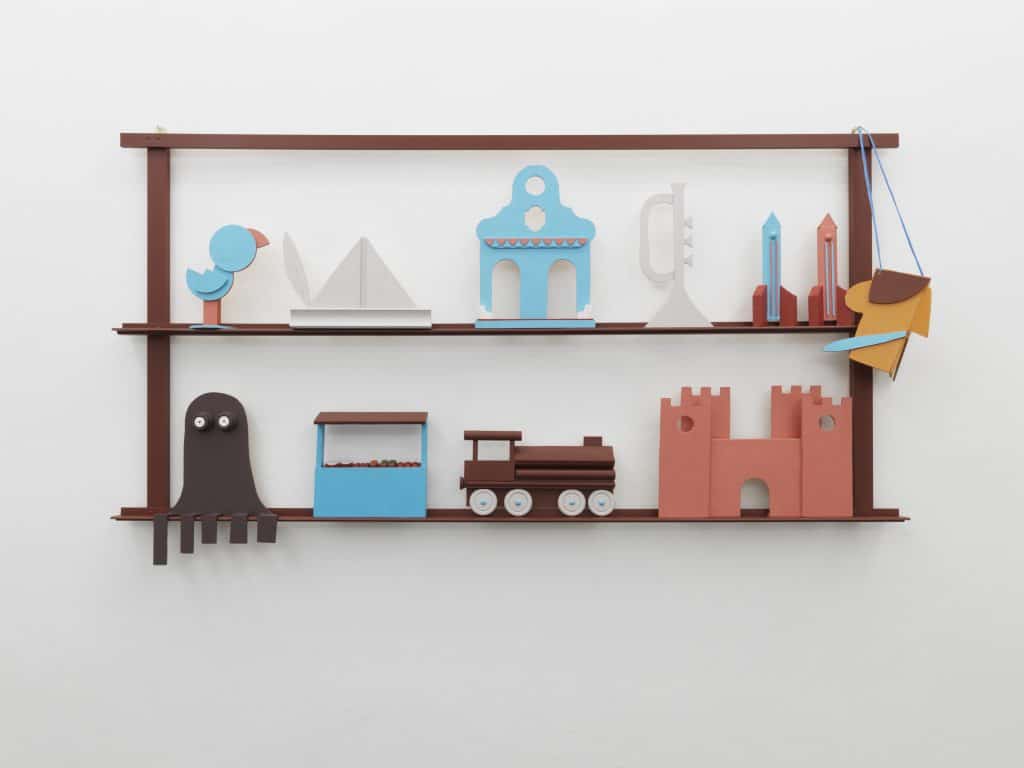 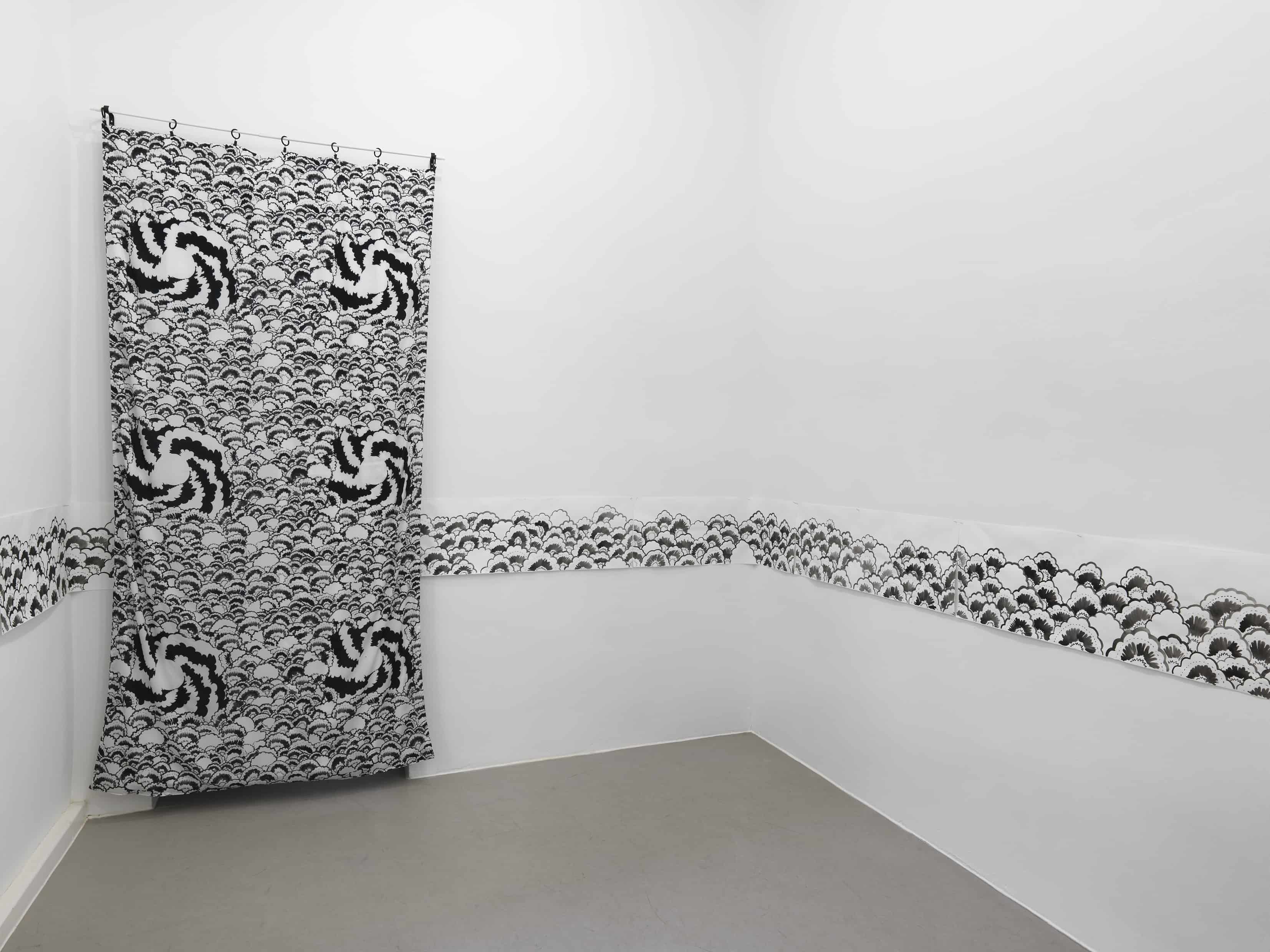 A visual essay deals with the troubled fights between an image based paradigm and its‘ logocentric archenemy, a means of communicating truths, lies and epistemical paranoia, in a manner that doesn’t solely rely on the act of reading, but more closely on the promises of intentionaly looking, with the unavoidable propability of actually seeing.

Isolated from their initial context, taking into account that there was / is / could be such a thing as an „initial context“, each piece follows a short story centering around the long lasting nightmare of collecting. Hankerchiefs, stamps, love notes, hate comments, spam E-mails and emtpy orangejuice cartons (i.e paintings, sculptures, readymades, installations, commodities, coffeetables, publications, representation systems, nervous breakdowns, summer romances or even ephemeral soundtracks from a neatly organized past one’s simply bound to hate/love)

14:47 // A 127 to 127 cm hardboard, hanging in a tilted position resembling a target with a set of four consecutive squares narrowing down to a yellow focal point. A rather tall guy, about 1.85 to 1.87 m. walks into the room and quickly makes his way in front of the painting in question. He’s wearing a long greytoned overcoat, propably from high quality nylon with a silver treaded lining that rarely lies about the fabrication history and production process, even in our cynical late capitalist utopia of a world. An oversized baby blue shirt peacks underneath, paired with a pair of loosly fitted linen black pants. His shoes, size 42, are white leather sneakers and the socks deep blood-orange with a pink polca dot print. His bag is one of those free gift with purchase indigo blue ones that come with an art magazine subscription.

The crisis of european painting, all those representational panic attacks that Malevich and Duchamp had to go through, end up hiding behind Shila Khatamis „Young Target II“ playing 80’s videogames while the tall dark stranger obsessivly strikes his chine while gazing at the target.

15:16 // Claus Richter’s ‚rainy day‘ adventures sit quietly on the other side of the room. A pink wiener, a blue elephant, a black octopus and a tiny little rabbit, take center stage with all their castles, musical instruments, deli shops and mighty battleships.

„Just hold your breath Brenda! And remember dont look him in the eye!“, whispered a terrified looking pink puppy. The guy with the greytoned silver threaded nylon overcoat took a good 30 (30.6) second look at Richter’s „Regentag“ and then spent about 2 minutes (2 min. and 35 sec) texting an old highscool friend he happend to come across at the market the day befor. They were to go for drinks at that new cool bar downtown and he wanted to make sure their outfits wouldn’t clash.

3:24 // Taking a deep breath after that brief encounter with death, Richter’s happy rainy gang went on with their lifes and the tall dark stranger continued with his visit. On the second room he came across Oliver Husain’s „Peacock Room“. After the initial giggle intruiged by the penis joke that for some people (him too apparently) is still well encrypted at the word PeaCOCK, he took center stage and proudly held a 7 min (7 min and about 8 seconds) long monologue about queer culture and the importance of gay representation in the arts after the 80’s AIDS epidemic. He’d read a small abstract from a Douglas Crimp essay, so he could not be anything less than a queer culture expert. Plus he had like a gay friend at college.

As far as the eye can see, the Exhibition holds its ground. Its a clearly defined sum of information. A strictly inclosed and absolute ammount of knowledge that the world desperately needs. We found this knowledge. We made it our own. And now it’s only the privileged few that can access it. Because it’s the power and lust of Bataille’s eye that will never go away, and will always hide on expensive greytoned silver threaded overcoat pockets. Positioning yourself across from a work of art means approaching it as something that exists „on the outside“. An entity that has long been deported from our world and is only to be admired from its distant golden cage. Even though it’s something right there in front of you, breathing down your neck like a loved one seconds after that precious ‚i love you‘ accidently fell out of their mouth, and yet so far away that you never really stood a chance of ending up together. 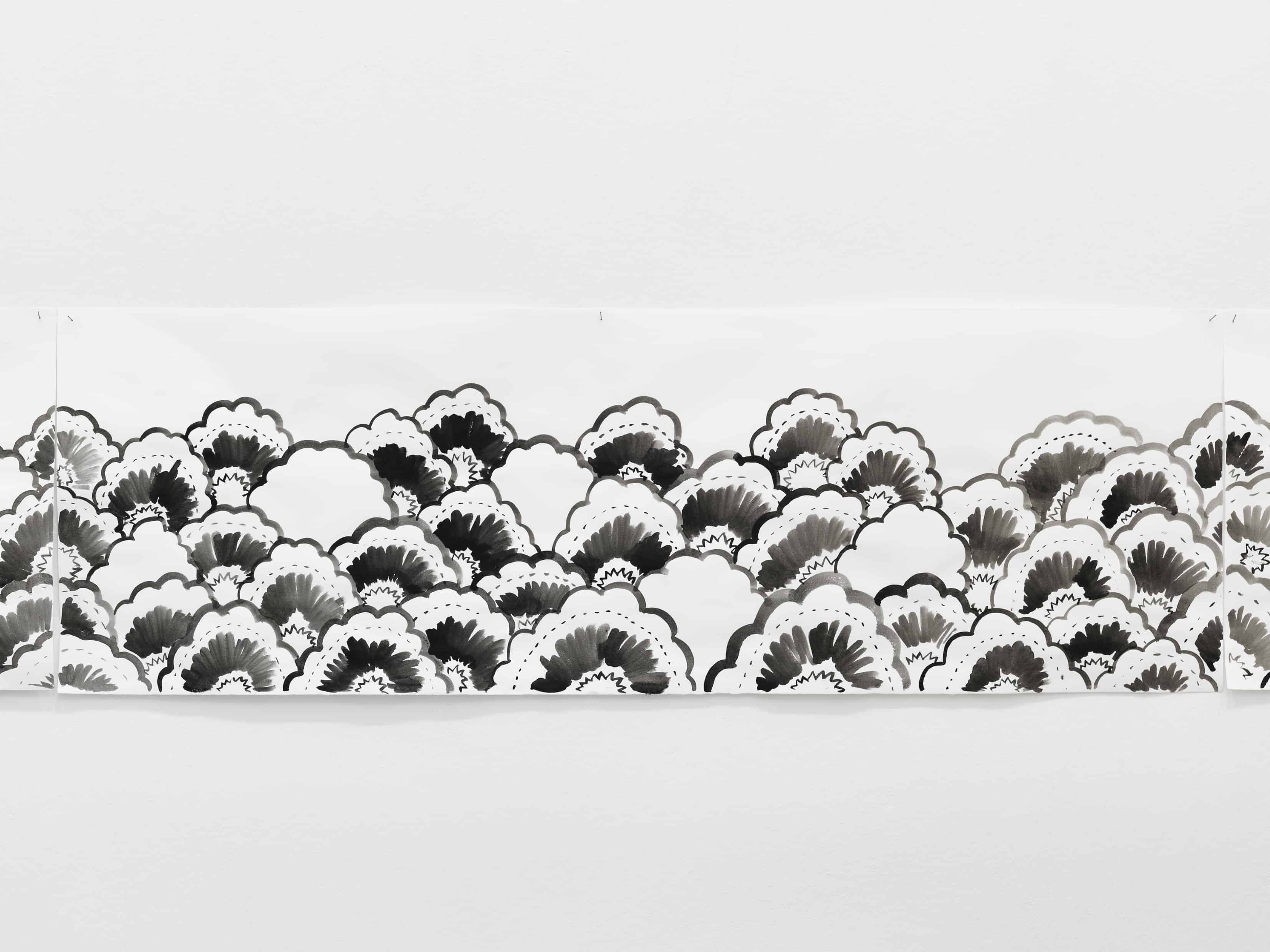 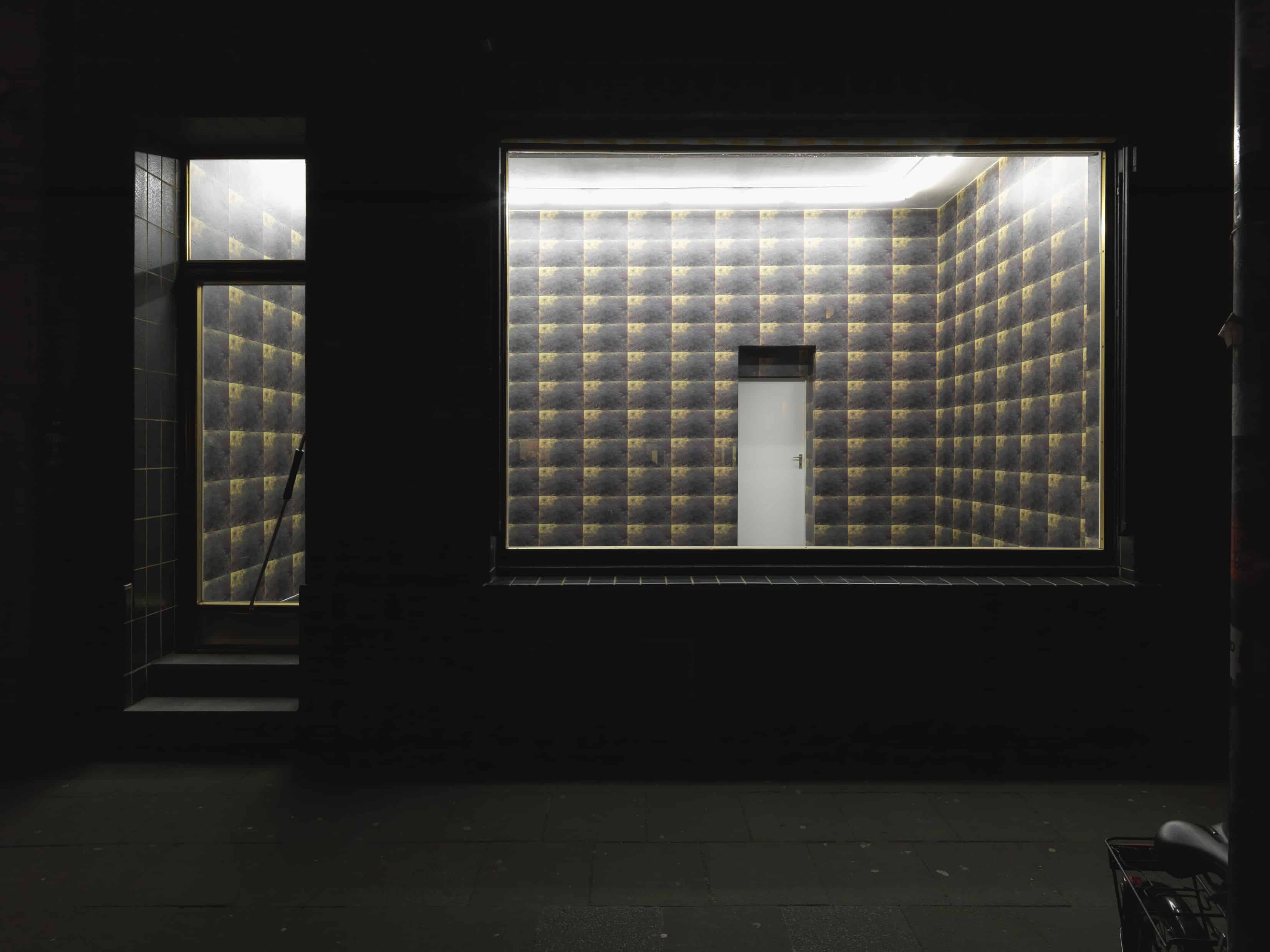 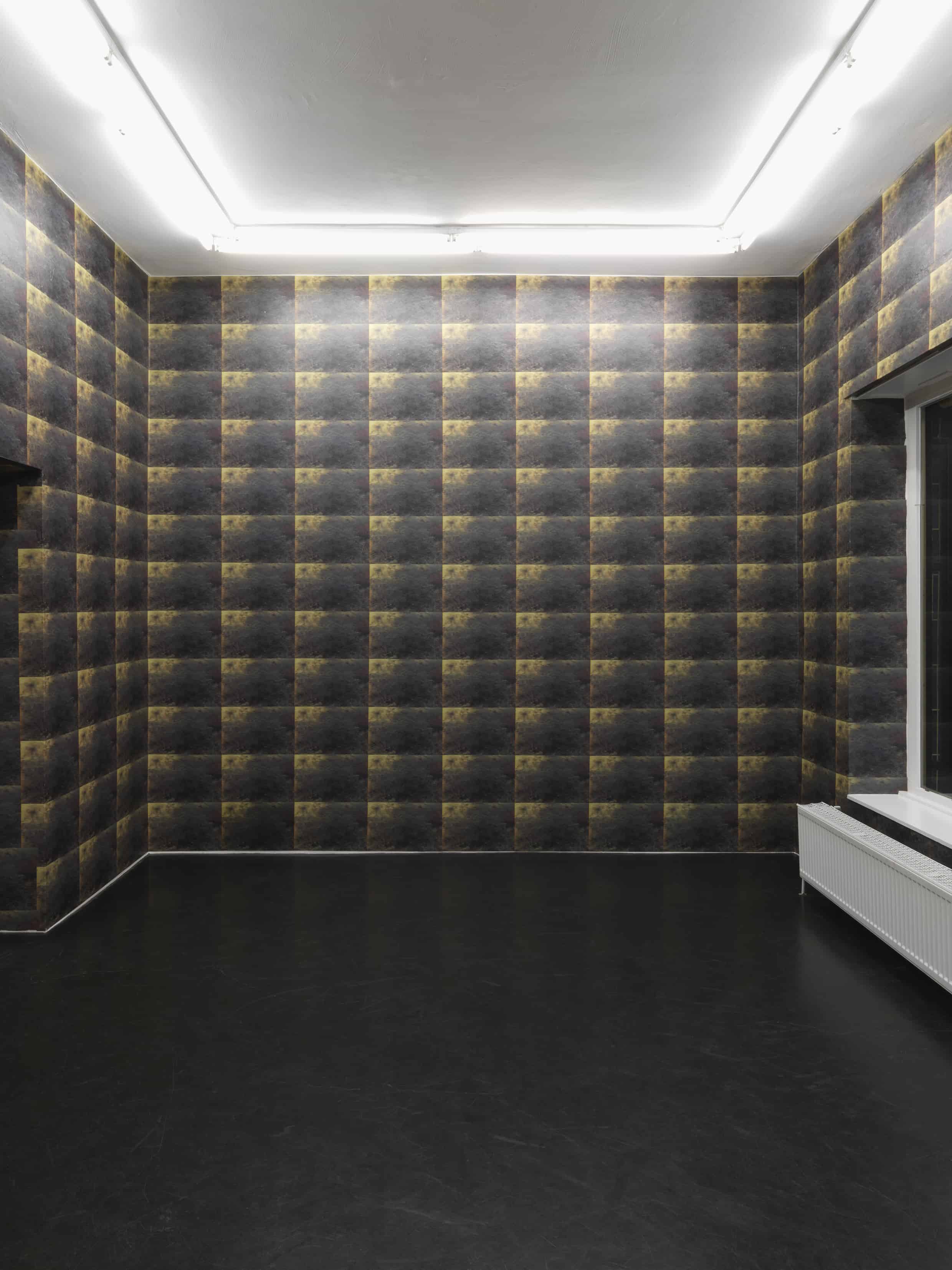 15:47 // After a while the tall dark stranger returns to the first room. Daniel Maier-Reimer’s large scale installation, consisting of one single photo from his trip to the Great Wall of China presented by Luca Vitone has taken over. Looking down upon him, a past he never really knew starts to unfold. The practice of Maier-Reimer deals with a thougt provoking dialogue. After a long trip he takes just one picture, a sole ‚evidence‘ of his journey, which is then presented in close collaboration with another artist. Never to be put in a lonely box he manages to flow from one project to the other, intact and always transcending.

Hanging somewhere between documentation and illusion, the dominance of a simulated environment makes the presense of the tall dark stranger and his long good quality nylon overcoat with the silvertreaded lining obsolete. He still stands proudly demanding to stare and pose his own eyesight power to the story about to be told.

16:26 // Anne Pöhlmann bursts through the door with a hysterical laugh  splattered all over her face and a photo tripod mounted on top of her head. She sets her photographic parodie up, hoping the quite annoying stranger will take his long greytoned nylon overcoat with the silvertreathed lining, the white sneakers and the free tote bag and just leave them alone.

Khatami’s video game inspired suprematist dream comes to life; Richter and his toys come out of their hiding spots and start throwing rocks, flowers and chocolate bars while Husain’s queer revolution sets its‘ course for a new target. The hidden tales from Maier-Reimer’s adventures serve as the perfect good bye note, and Pöhlmann’s photographic spaces slam the door while the tall dark nightmare finally makes his way to his arranged date.

16:35 // As the smoke settles down, the lights turn off and everyone goes to bed. Tommorow the show is bound to repeat itself.

Even though the intimate process of love-hating a system you’re part of strikes as a paradox and even though tall dark strangers (dressed in high quality nylon overcoats with silvertreaded lining, loosely fitted black pants, baby blue shirts, white leather sneackers, blood-orange socks with pink polca dots and free indigo tote bags) could so easily be reduced to a hate cause, we are all bound to the same wonderfull spiral dance.

Lights off/ Lights on! 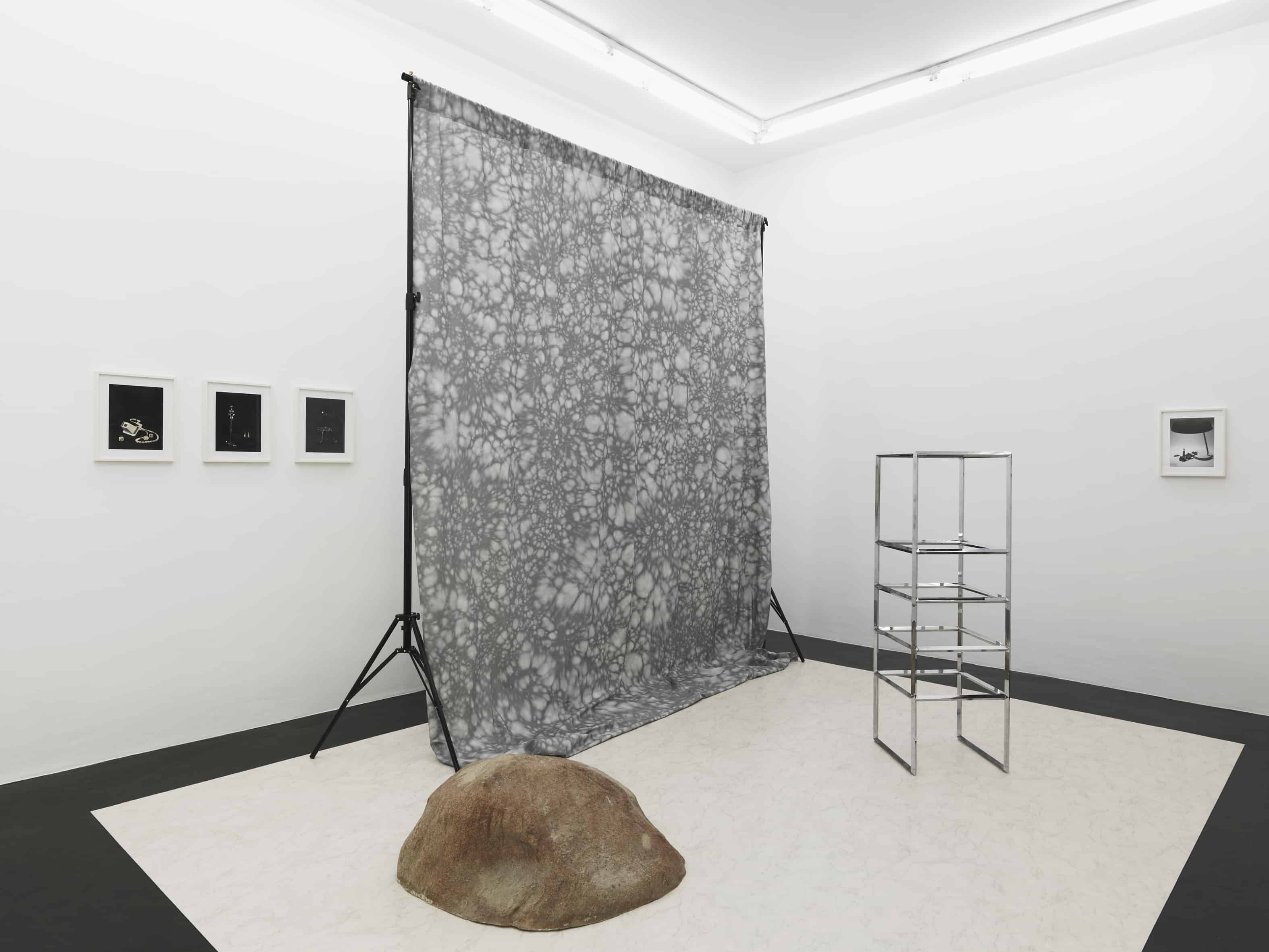